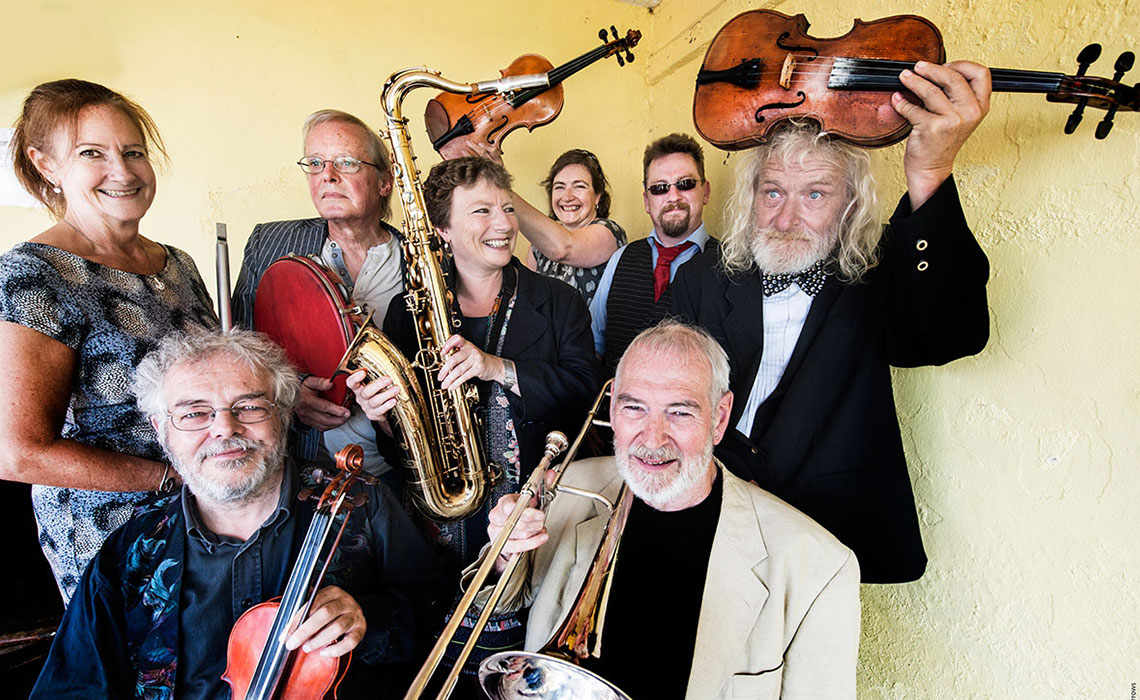 The first ‘English Country Music Revival’ was in the 1970’s. This saw the explosion of bands concentrating on an English instead of Celtic repertoire. The Old Swan was there right at the off and created a storm. Nobody had played like them before, nobody sounded like them and that is still the case today. The band features three original members, and the newest and youngest member has been in the band for 15 years.

It’s an 8-piece storm in an instrumental teacup. Driving lively joyous dance music. A regiment of sound, driven along by a three-fiddle section.